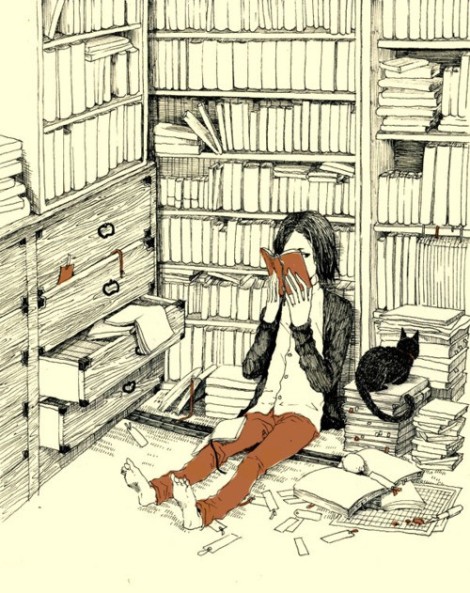 It’s been a fantastic year, especially in my reading life!  Here’s a little wrap-up of this year’s choices.  For more information, feel free to visit my GoodReads site.

*Thank you to The Perpetual Page-Turner and Aesop to Oz for the questions!

22 Male/67 Female (this is definitely conscious – I seek out female voices, especially forgotten/under-appreciated female authors in the canon/classics genre)

The Merry Wives of Windsor, published 1602, believed to have been written prior to 1597

Skippy Dies (and I really had to force myself to finish that one . . . I hate leaving a book without finishing it, but it definitely wasn’t my favorite)

Probably a tie between the various plays . . . let’s go with A Streetcar Named Desire

I refuse to choose!

Most Disappointing Book/Book You Wish You Loved More Than You Did?

One of Our Thursdays Is Missing (I love the Thursday Next series, but this latest installment was just not up to the usual caliber)

A Visit From The Goon Squad (normally I hate this kind of post-modern fiction, but this just worked somehow!)

Book You Recommended to People Most in 2011?

The Disreputable History of Frankie Landau-Banks . . . a YA novel that is also fantastic for adults.  A strong, female heroine who embodies post-modern feminism realistically in a book with a strong plot that avoids the didactic lecturing typical of similar ‘coming-of-age’ novels.

Best Series You Discovered in 2011?

All Souls Trilogy, A Discovery of Witches (let’s hope that Harkness follows through with the next two!)

Best Book That Was Out Of Your Comfort Zone or Was a New Genre For You?

Mighty Be Our Powers: How Sisterhood, Prayer, and Sex Changed a Nation at War (in the past, it has been difficult for me to read about the kind of oppression and violence described in memoirs like this, but I’m so glad that I opened myself up!)

Book You Most Anticipated in 2011?

I Am An Emotional Creature: The Secret Lives of Girls Around the World (I loved The Vagina Monologues, and Ensler’s newest didn’t disappoint!)

The Borrower (and I loved the book as well, even though it got poor reviews!)

Most Memorable Character in 2011?

Frankie Landau-Banks (she’s the 15-year-old we all wish we could have been!)

Most Beautifully Written Book Read in 2011?

The Night Circus (just such a delicate, complex story with beautiful description)

Book That Had The Greatest Impact On You in 2011?

Big, Big Love, Revised: A Sex and Relationships Guide for People of Size (This is just an amazing body-positivity book for us overweight ladies!)

Book You Can’t Believe You Waited UNTIL 2011 To Finally Read?

The Bell Jar (I mean, I’m a feminist, I’m passionate about society’s impact on mental health – come on!)

Favorite Passage/Quote From A Book You Read In 2011?

“You were young, I thought, not once but always before, always always, every day before the day just passed.  You were young only minutes ago.” – The Coffins of Little Hope

“There is no wrong way to have a body.” – Glenn Marla, performance artist, quoted in Big, Big Love

“If people were always kind and obedient to those who are cruel and unjust, the wicked people would have it all their own way; they would never feel afraid, and so they would never alter, but grow worse and worse.” – Jane Eyre

She Walks in Beauty: A Woman’s Journey Through Poems (beautiful collection of classic and contemporary poems, edited by Caroline Kennedy)

Book That Had A Scene In It That Had You Reeling And Dying To Talk To Somebody About?

Every single essay in Yes Means Yes: Visions of Female Sexual Power and A World Without Rape

I don’t know about ‘number one priority,’ but I already have Austen’s Love and Freindship (yes, the misspelling is intentional) at the ready.

Book You Are Most Anticipating For 2012?

Seriously, the Discovery of Witches sequels.